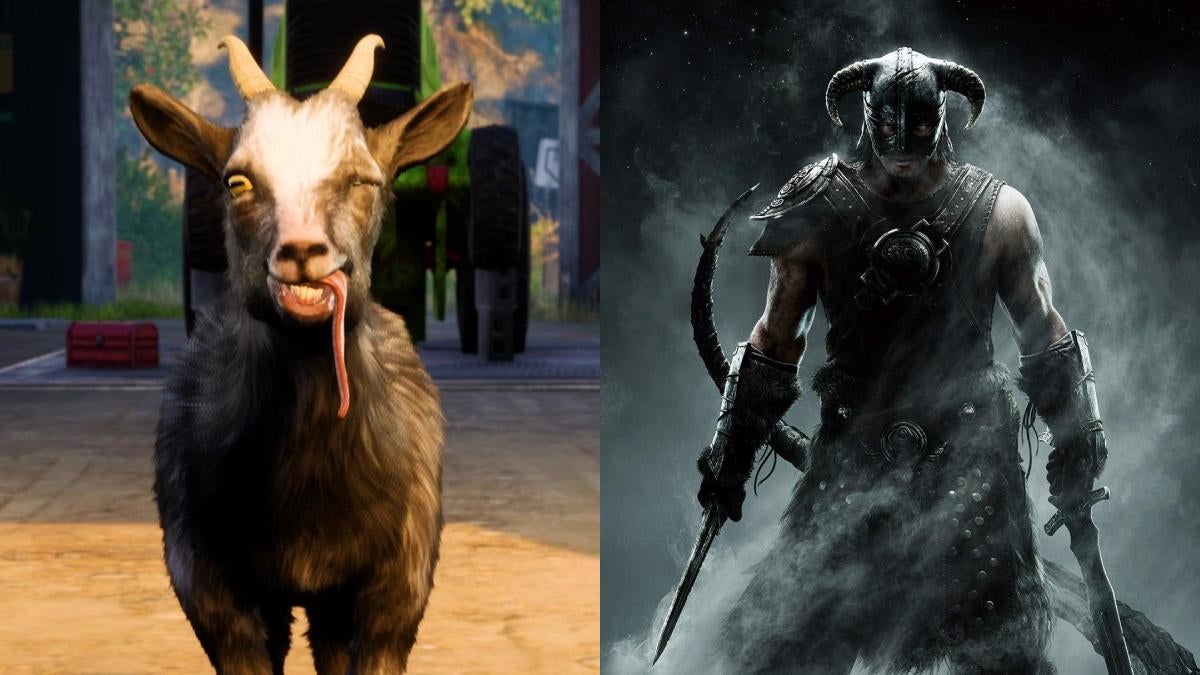 Goat Simulator 3 is lastly right here and it parodies one of the vital iconic openings to a online game in its very personal intro. The Goat Simulator franchise is maybe one of the vital weird franchises on the market, however that is why all of us like it. It began as nothing greater than a goat that might run round and trigger havoc in a small city, however shortly grew to be an enthralling indie collection with every kind of missions, targets, and now, a little bit of a narrative as properly. It is fairly charming and the longer it goes on, the larger the finances appears to get and the extra outlandish issues they will do.

Earlier this 12 months, Goat Simulator 3 parodied the reveal trailer for Dead Island 2 and now, the sport itself parodies the intro to The Elder Scrolls V: Skyrim. Your goat wakes up behind a wagon being towed by a person on a tractor, bringing you to his farm. He greets you when he notices you will have woken up and tells you ways he’ll ship a bunch of exposition in a really meta method. To high all of it off, he even notes how the intro is method too lengthy (identical to the one in Skyrim) and straight up identify drops the Bethesda RPG. It is a fairly hilarious option to begin the sport and completely units the tone for the expertise that lies forward. Given they’re two for 2 for completely recreating iconic moments from gaming historical past, it would not be shocking if there are different nods like this hidden in the remainder of the sport.

Bethesda itself has a knack for creating actually iconic openings in its video games. Fallout 3 retains the participant locked in a vault for the primary hour or so earlier than having this huge second the place the vault door unlocks and divulges the open world to you. Fallout 4 permits you to see the world earlier than the bombs drop. The Elder Scrolls IV: Oblivion has a jail escape, which is not terribly dissimilar from Skyrim when it comes to its fundamental idea.

What do you consider the Goat Simulator 3 intro? Let me know within the feedback or hit me up on Twitter @Cade_Onder.